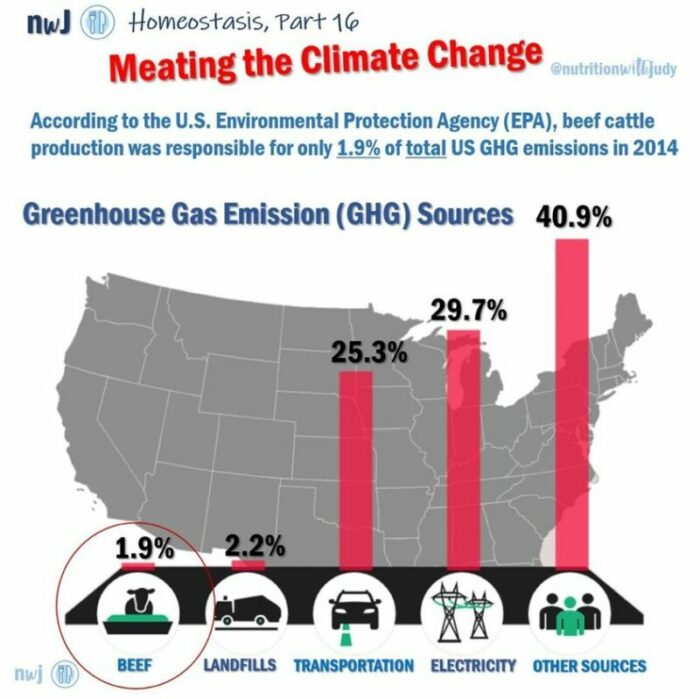 Don’t buy into the propaganda folks.

Supporting regenerative agriculture practices, such as purchasing meat from your local farmers… Those who truly care for their animals and utilize them and their grasslands to support the topsoil, which is necessary for even our vegetables to grow in their most natural form, is actually the best thing that we can do for the environment.

I don’t agree with all of the food practices, which our mass food system employs, such as overcrowding our animals, feeding many of them a diet which does not align with nature, and the monocrop culture which continues to  destroy our land.

If you truly do your research however, you will be pointed to the FACT that, in the US, meat is not actually leading to any sort of great gas emissions. We mustn’t allow scare tactics from the powers that be, who are simply interested in profitable gain, to deter us from nourishing our bodies with the most nutrient dense foods on the planet… Those foods like meat, seafood and eggs, which naturally have more nutrients on a bioavailable level than any others.🥩

What is a carbon footprint?🦶

Regarding the carbon footprint of, or greenhouse gas emissions (GHG) of predominantly beef… That which is yielded during the production versus the amount of beef produced…

I scrape, and dig, and learn info through hours upon hours of research, and from brilliant health advocates such as: Judy Cho, Nutrition Therapy Practitioner. Author of the Carnivore Cure, which includes the aforementioned info and graph, and is in my opinion, a must read.

“[These] impossible meats popping up at fast food restaurants will not make a dent in climate change. It is these foods, made from monocrops that are causing MORE harm to the environment than any type of animal. The worst part is that these monocrops are toxic to optimal health. I frankly am saddened that we live in a society where people try to do the right thing by eating meat substitutes that cost more $/lb than grass fed meat. They have no idea that it’s complete misinformation and are risking their health with hormone disruption, GMO toxicity and inflammation [just] to name a few.”

We must continue to create awareness and stop blaming meat!

We must continue to return to the nourishing and strengthening practices that our Paleolithic predecessors  employed through ancestral eating, by bringing REAL FOOD back to the table! 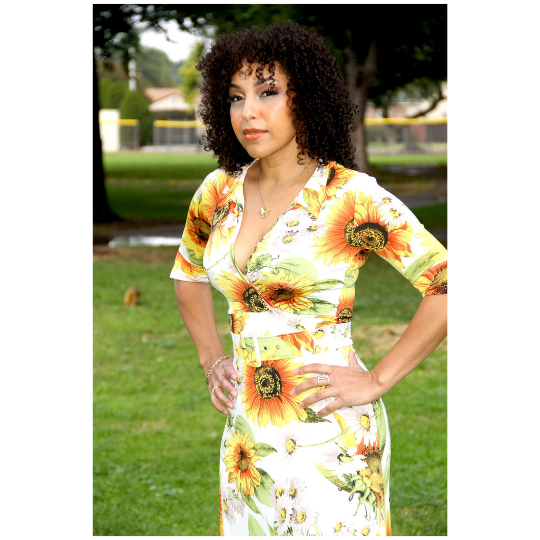 𝗛𝗘𝗟𝗣!!!😑⁣⁣​ This is the word that kept repeating for me, over and over… For the last few months! Even in my downtime, I was constantly 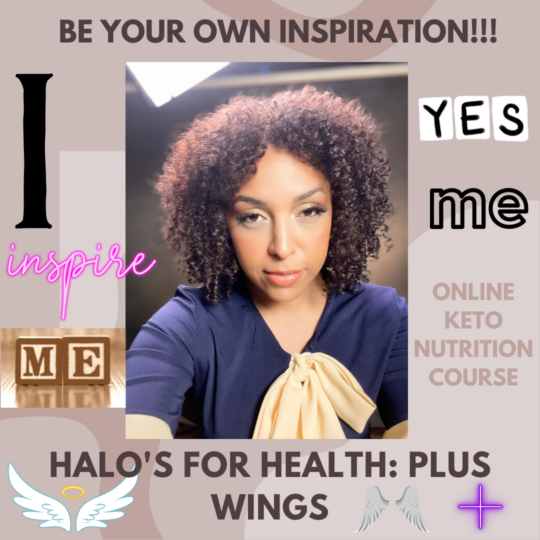 Halo’s for Health: Plus Wings- BE YOUR OWN INSPIRATION!!!😃💪🏽

Inspiration can arise from a variety of influences! ​ ⁣⁣I personally, am inspired by LOVE, by FAITH, by MUSIC, by those whose consistency and hard

Get Updates And Stay Connected
Subscribe To Our Newsletter

Nutrition and Wellness consulting is not intended to diagnose, treat, prevent, or cure any disease or condition. It is not intended to substitute for the advice, treatment and/or diagnosis of a qualified licensed professional. Trained Nutrition and Wellness Consultants may not make any medical diagnoses, claims, and/or substitute for your personal physician’s care. As your nutrition and wellness consultant, I do not provide a second opinion or in any way attempt to alter the treatment plans or therapeutic goals/ recommendations of your personal physician. It is my role to partner with you to provide ongoing support and accountability as you create an action plan to meet and maintain your optimum health goals.